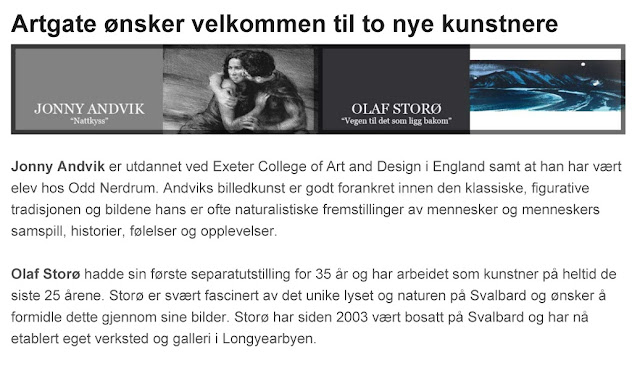 
We had an exciting trip to Malta this summer. For us it was a new culture, with many new stories to discover. The landscape was characterized by human activity for thousands of years by agriculture and construction.

The island has an ancient culture, actually one thousand years older or more than the Egyptian pyramids. My son Leopold and I examined the archaeological museum in Valletta with great interest. Much beauty it was to see, and I painted several pictures of Valletta and Mdina and landscapes from the Golden Bay, the Blue Lagoon and other places.

Take a look at these oil studies and let me know what you think of them.


My painting The Northern Star was a while ago stolen from the collection of one of my clients. The painting disappeared without a trace and there is no indication of where it has taken the road. My client was away from her house on a trip and when she came back the picture was taken from the wall, there was no sign of forced entry.

Police are informed but no traces are detected. Please let me know if you know anything about the painting's condition and where it may be at post@andvik.com.

Once every now and then my wife and I travel to Skagen in Denmark. The city has its own magical power - certainly measurable for anyone with an interest in beautiful places, but possibly extra palpable for us who work in the visual arts.

Skagen are known for its artist colony of the very unusual kind. In Skagen's heyday it was a rather creative crucible for painters, poets, writers, composers, singers and actors.

The Skagen Painters were a group of Scandinavian artists who gathered in the area of Skagen from the late 1870s until the turn of the century. The group included Swedish painters Oscar Björck and Johan Krouthén, Norwegian painters Christian Krogh and Eilif Peterssen, Danish painters Karl Madsen, Laurits Tuxen, Marie Krøyer, Carl Locher, Viggo Johansen, Thorvald Niss, Holger Drachmann and most notably, Anna and Michael Ancher and Peder Severin Krøyer. The gatherings in Skagen were not restricted to paint. Danish writers Georg Brandes and Henrik Pontoppidan and Swedish composer Hugo Alfvén were also members of the group.

If you take your time and read about the lives of these people, then one understands more what impact this group of people had on each other. There was a climate of creative activity of unprecedented nature. The inner circle developed a visual memory Skagen since then has been gratifying. Artists' homes, Skagen Museum, Brøndums Hotel and the character of the village makes the historic atmosphere we like when going there.

Despite the seemingly romantic atmosphere that prevailed during the artists' colony it was not always harmonious. In the painting Midsummer's Eve Bonfire on Skagen's Beach by P.S. Krøyer, 1906 things are starting to unravel. We can see groupings of seemingly happy people around the glowing fire in the blue evening - they are all members of the inner circle and can easily be recognized. The painter note the incident on canvas with his brush and palette - he included Maria (Krøyer's wife) slightly flirtatious with Hugo Alfvén in the middle of the painting. As we know Maria divorced  Krøyer in 1905 and married Hugo in 1912. That was after P. S. Krøyers death.

There are a number of masterpieces to see at Skagen Museum, by many of the painters working in the golden age of Skagen.

The pictorial magic of the Skagen painters: 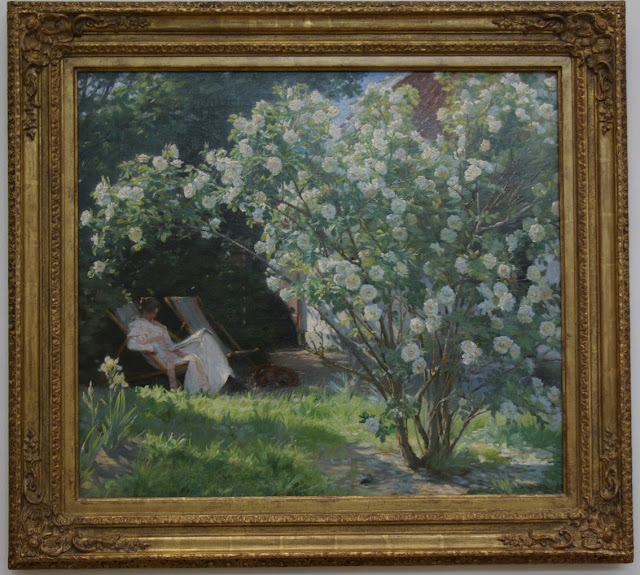 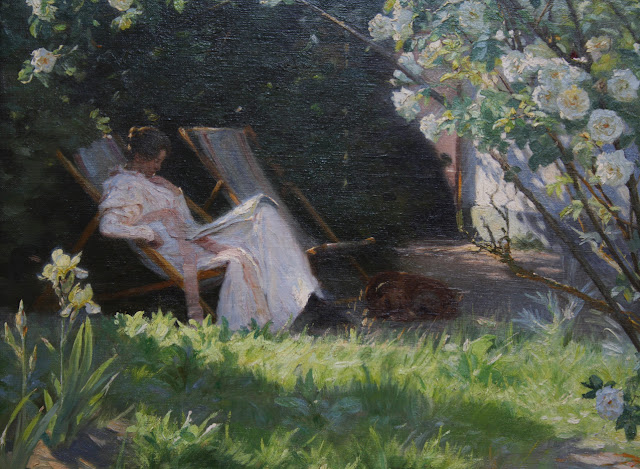 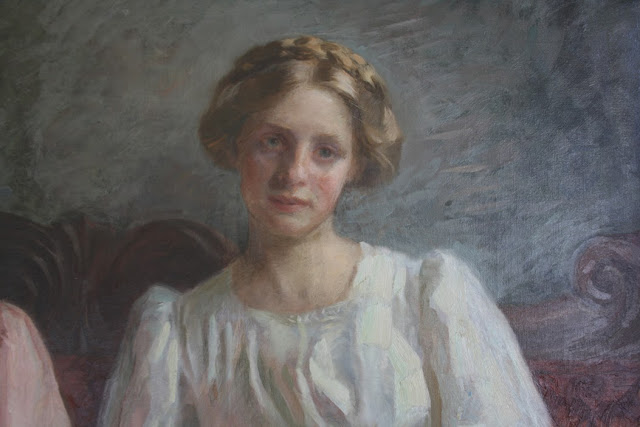 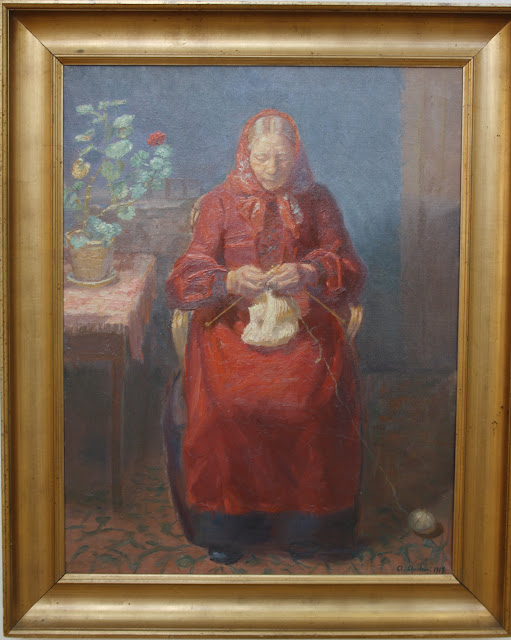 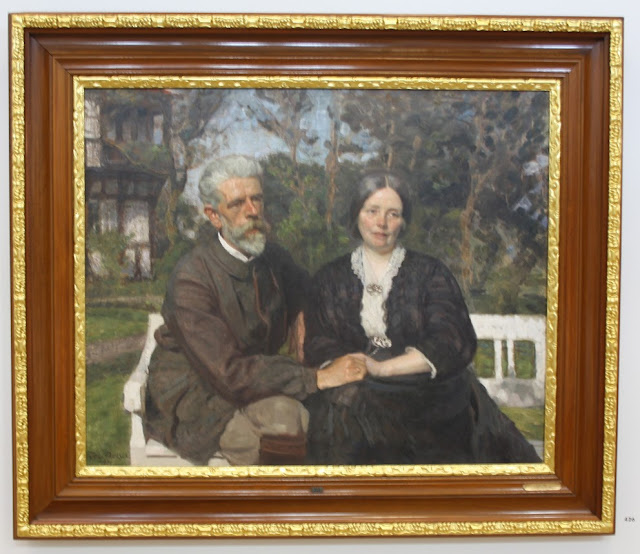 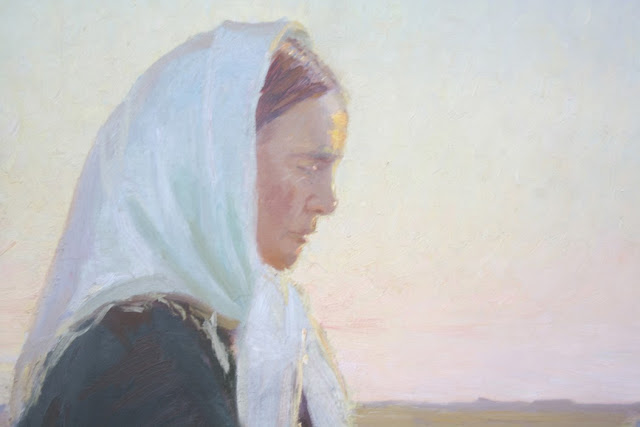 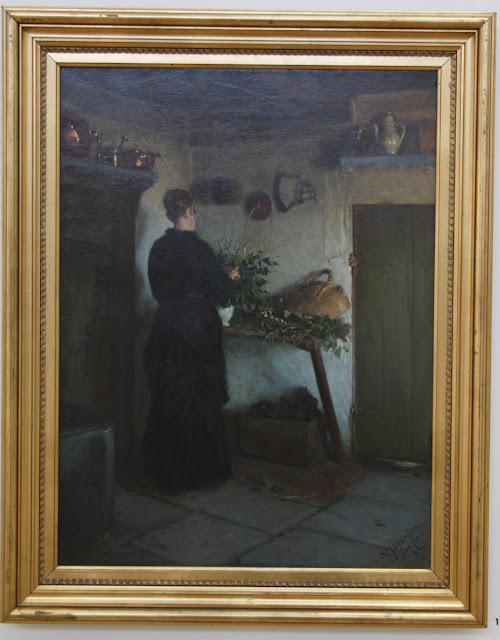 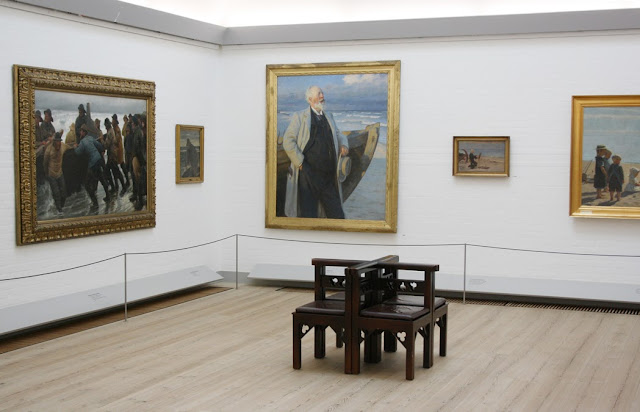 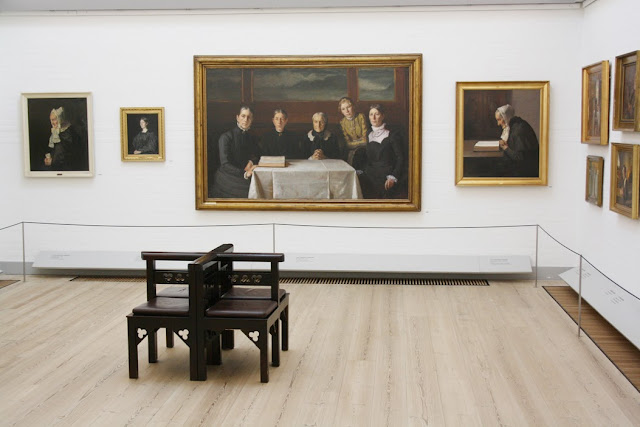 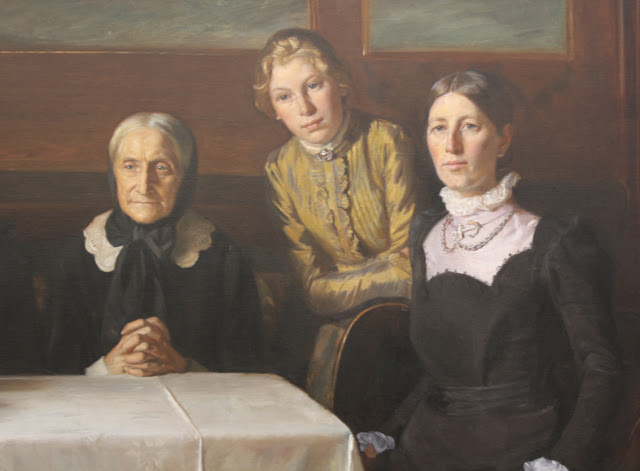 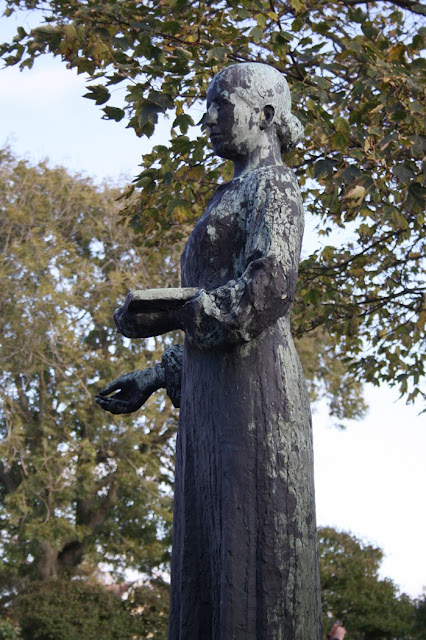